It’s interesting and curious — in this era of social networking, scoops, and competition for the money shot between new media, traditional media and citizen journalists — to look at these photos of the Asiana Airlines crash site from the NTSB.  First of all, does every agency in the government now have a publishing strategy (or one on the drawing board) that includes a website, Twitter, Tumblr and Instagram feed? And then, the question is why (or what degree of which)? How much is it for self-justification/preservation? self-promotion? transparency and full-disclosure? keeping up with the Joneses? cool factor?  I haven’t done a survey but now I’m curious which branches and agencies have the most  promotional mentality (the White House aside, as they’d win hands down, followed closely by the Armed Forces), including more robust photo and video. (Talking NTSB, here’s their Twitter site, and images.)

Certainly, some of the factors above might be internal with other only coming into play externally. What I mean by that is, even if the NTSB published these images as work product to be shared for the sake of transparency, the images from the crash site (not to sound too craven or insensitive) are shots to make BuzzFeed drool (not to mention, republish seconds later).

As for the images themselves, different shots caught my attention for different reasons.  The other day, I wrote about the significance of survivor David Eun’s shot, and why it went viral. Others also commented about the guy, far left, and how the photo of someone taking a photo was part of the power of the image. The similarity of this shot to the NTSB photo at the top of the post — a government investigatory image documenting a bureaucratic process so closely echoing a survivor’s photo taken moments after — is fascinating to me. …Maybe you have thoughts as to why? 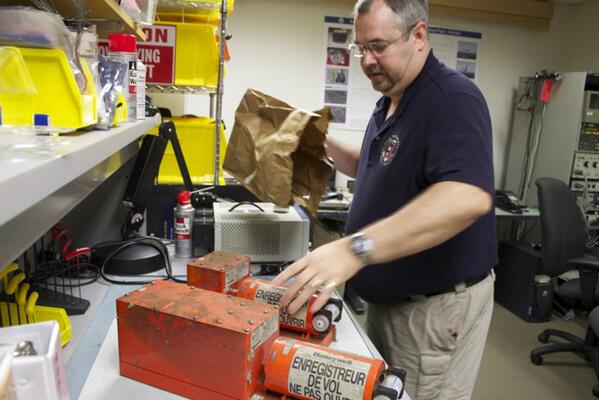 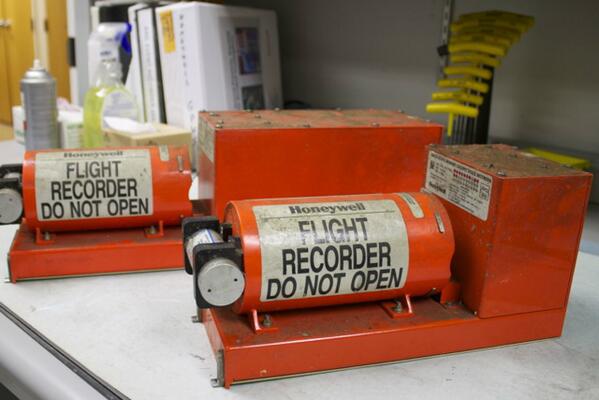 Of course, the flight recorder shots are cool, not just because of the aura and the notoriety of these devices but also because …right, we’re all easy marks (especially in this invasive age) for that peek behind the scenes. 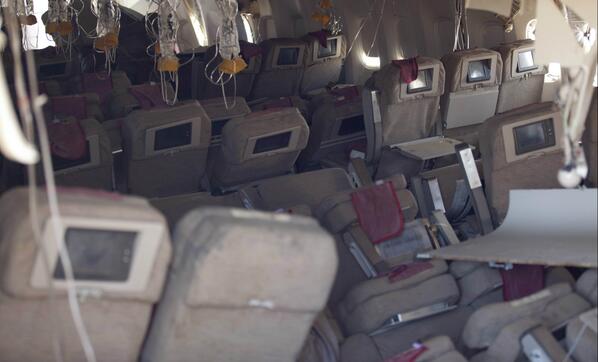 Mostly though, I was taken in (literally, you might say) by the photos inside the hulk of the oxygen masks dangling and the seats in disarray. I’m assuming it’s not a shot anyone but the NTSB has, so call it an exclusive!  At the same time, though, given the visual stimulus and our own experience logging the air miles — who among us wouldn’t see this and immediately put him/herself there?